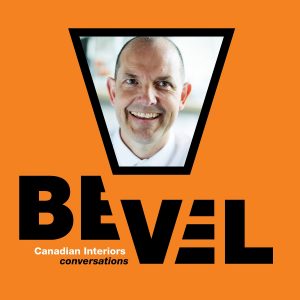 “As the nature of designing and making physical objects – particularly products for workplaces – continues to evolve, the way we approach that work needs to evolve with it,” said industrial designer Lee Fletcher this spring while announcing the launch of a new venture, called Fletcher Scott Studio, based in Toronto.

Lee is a founding partner in Fig40, a product design studio also based in Toronto and in which he is still actively involved with partner Terence Woodside. But with Fletcher Scott Studio, he is, in his own words, “looking for a pause in process, and an expansion of the liminal space between a design brief being given and the design work beginning. How can we point the juggernaut of development in a better direction, one that reworks the way we make things so we can keep making them?”

Lee’s extensive experience in both manufacturing and consulting has enabled him to take the lead in reconciling all the goals for a given project and the complex, sometimes conflicting, needs of clients, users, and the community. As a result, his work has won many international design awards and he has sat on various juries for design competitions.

In this episode of Bevel, I sit down in a rather noisy environment with Lee to explore what he is trying to do with Fletcher Scott Studio. In his own words, his goal is “to draw other voices into the process, to make the process more transparent while remaining unwavering on the goals to be achieved.” He admits this will increase time but not necessarily cost, and more importantly, “will bring greater clarity to the goals and a higher chance they’ll be met.”

We speak at length about how this will require a shift in approach and about “dismantling expectations” (client-designer, vice versa, designer-end user, etc.) into constituent parts, then reassembling them like Lego into something that works better for everyone, designer included. We unpack the sometimes thorny topic of authorship and even talk about how task chairs were essentially over-designed for people who ended up barely using them.

Lee was educated in both Canada and the U.K., achieving an MA in Industrial Design from Manchester Metropolitan University. His work centres on designing manufactured objects with empathy, using an approach that seeks to understand the broader context the object is made and used in. He is a professional member of the Association of Industrial Designers of Ontario and teaches Industrial Design at Sheridan College.