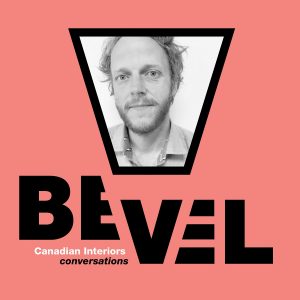 Ask a designer what the role of a designer is, and you will get as diverse a spectrum of answers as you will designers. Is it one of creative expression or rigorously conducted research? Is it engineering over artistry, or vice versa? Can it be everything, all at once? Many designers will chafe even at that, saying not taking a position is part of the problem of our times.

Designers taking a position, at times referred to as authorship, has always been fertile ground for debate between critics, theorists, educators, and practitioners. There are designers who shy away from authorship because they think of themselves of problem-solvers, not a brand. Then there are those who believe designers are not merely mediators, not just part of an agency that suggest various options to the client, but in fact need a strong voice and make decisions – an attitude that could be seen as in opposition to the prevailing sentiment that design is all about collaboration.

A collection of interviews and essays by editors Louise Schouwenberg and Michael Kaethler in a new book titled The Auto-Ethnographic Turn in Design (2021, Valiz) gives me a good opportunity to explore these issues. In this episode of Bevel, I chat with Michael (our first returning guest to the series) about making sense of phenomena in design described as auto-ethnographic and how, if at all, authorship fits into the discourse.

“Auto-ethnography gives an authority to the designer as someone with something to say and a means to say it,” says Michael in one of his essays. It “situates the designer at the heart of the research and connects this position to the culture of design and the broader cultural realm.”

Michael Kaethler is a sociologist of design whose work focuses on the transmission, production and embodiment of knowledge in art and design-oriented practices.

An excerpt from The Auto-Ethnographic Turn in Design is featured in the September-October issue of Canadian Interiors and can be seen below.

The Production of the ‘Self’ in Relation to the Other 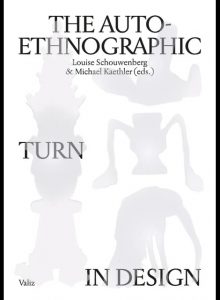 How do you interpret auto-ethnographic design?

Recently I’ve been doing a lot of reflecting and thinking about the ‘perceived’ universality and superiority of Western knowledge, which continues to act as a foundation for a persistent form of colonialism and Western imperialism. It has led me to question the structures that exacerbate certain inequalities and hierarchies that we want to overcome. As a curator, I engage with these questions through the lens of art and design—exploring how art and design are related to ongoing crises and alternative avenues for thinking about art and design, and how they provide capabilities to work with these crises.

What I read into auto-ethnographic design is the idea of self-building in relation to the other, which seeks to overcome the forces of systematic hierarchies and externalities and instead conceives of design according to its intrinsic value. The act of producing and the production of oneself in relation to the other raises questions of how, and more importantly why, we produce; it also raises the question of what this production means for others, the environment, society, human and non-humans etc. As relational beings, we are fundamentally responsible for what we produce. Such questions of the how and why are fundamental when rethinking art and design in an age of crisis; these are questions that we so crucially need right now.

What does intrinsic design look like, given the fact that it requires a considerable re-thinking of how we value design?

If we denounce the market, we need new models that allow or support people to create from intrinsic values. By an intrinsic value, I mean that everyone can and has the right to create regardless of market or cultural hierarchies (autonomy). This goes against the idea of a universal / modernist idea of quality, and proposes a pluriversal idea as laid out by Arturo Escobar. Such a notion of quality, at the same time, adjusts itself from the given colonial and neo-liberal Western hierarchies and gives precedence to personal and individual sovereignty in relation to the other (without falling into the trap of individuality which is a neo-liberal concept—things such as liberty and freedom). There is no autonomy without the other and vice versa.

An intrinsic design calls for an awareness of the connection between the self and the other. It should be able to take into account the ‘other’ in all aspects, human and non-human. It should go beyond extractivism—using the means of production to create hierarchical narratives—and should instead seize control of the means of production to create value for all and everything. This of course is difficult. Let’s say someone doing a residency at the Jan van Eyck Academie is spending a year doing research in their own studio. Is this experience of doing a residency extracting from someone else’s need and want? Yes and no. If one is not aware of one’s privilege and the inequality inherent in the control of the means of production, then it would be extractivist; if one is aware of this privilege, then I would say it is not extractivist because the production would then take into account the conditions under which the production has taken place and would account for the inherent inequalities present in production. So, basically what I am saying is that this notion of the intrinsic goes beyond the idea of autonomy in the arts, which has always been seen independent from social or societal structures/responsibility.

What I’m emphasizing here is a type of autonomy in the arts that takes into account the inherent inequalities present in the means of production and in so doing, goes beyond these inherent inequalities. What does this mean for art and design practice? It means that one needs to think about how and in what kind of context production takes place, as well as in what way context affects the means of production and the production itself. One needs to think about material use/resources, organizational structure etc.; in other words, one needs to think of every form of energy put into the system and every form of energy taken out of the system.

How do we support a system that sustains an intrinsic value in design—one that supersedes the limits of the ‘colonial/modernist/ Western’ design values? And what do we need to put in place to foster a change in attitudes and systems?

We need institutions that take into account several key aspects: overcoming quality and excellence (universal narratives); a structure for people to be able to create/produce, disconnecting production from presentation or the valuing of production; a discourse on how production takes place, the context of production, adjusting for the inherent inequalities that come with the control of the means of production; producing people instead of products.

At the Jan van Eyck Academie right now, we don’t focus on the ‘quality’ of the object but rather on the human being, who the artist or designer is as a human. This resonates a lot with what you’re proposing in this book, which sees design as a practice of life, about self-building. We add to that, proposing that you cannot build yourself without being in relation with the other. So, we take into account how the production of the self is constituted. It’s about that spot between the practice of art and the art of living (together). This is a totally different approach than making products aimed at market expectations and universal values. This idea of the art and living resonates well with what an art residency can be.

How do you gauge the quality of designing the self rather than designing objects?

We should move away from universalist notions of what constitutes excellence. Art residencies can be exclusive to begin with—the fees to participate, the language gap, and the selection procedure etc. Institutions have been re-producing an exclusive and narrow notion of ‘excellence’ for years. ‘Excellence’ is just furthering these power relations.

I hate to sound repetitive but what do you strive for then in design if it’s not excellence?

Design then becomes a conversation, an act of practicing ourselves through our senses. You look at the stories, the experiences, and the changes that are part of interacting with the (material) world—shaping it and being shaped by it. We strive towards designing better selves.

This could seem extremely self-oriented.

Art and design are the practices of changing yourself. And changing yourself is to change the world. Whatever you produce is an extension of yourself. It’s an attempt to speak and communicate through the self. There is no self without the other and no other without the self. Communication is in fact an approximation of the changes undergoing in yourself; it’s an attempt to understand the world, to be with the world, to understand your desires, fears, or hopes.

How is this connected to something bigger than ourselves or our understanding of the world?

Behind all of these big changes, whether it’s climate or questions of justice, there are personal aspirations and desires. This requires work that is sincere and intimate. If you can foster this, then you are able to exact considerable change. In this way, transformative design is not about explicitly addressing externalities but about connecting oneself with others.

You make a compelling case. So what now?

We must learn to practice the art and design of living—no results, no objectives, just allowing yourself to become who you are through an exploration of the material world.

Hicham Khalidi (MA, 1972) is the director of the Jan Van Eyck Academie in Maastricht (NL). Prior to this, he was an associate curator of Lafayette Anticipations (Fondation d’entreprise Galeries Lafayette) in Paris, curator of the ACT II group exhibition in the Beirut Sharjah Biennial in 2017, served as a cultural attaché to the Biennale of Sydney in 2016, and was chief curator of the Marrakech Biennale in 2014.

The preceding is an excerpt from The Auto-Ethnographic Turn in Design (© 2021, Valiz) edited by Louise Schouwenberg and Michael Kaethler.