The real and virtual Norm Li

Norm Li, the head of his eponymous Toronto studio, exudes serenity. He slips silently into the boardroom where I wait for him to join me, shakes my hand and eases into a chair, as gracefully and economically as an athlete. No time is wasted and I have his full attention. We are here to discuss how Virtual Reality can benefit real-estate developers, architects and designers.

A confession: I am not the most technically minded individual, which admittedly renders my learning curve steep. The very notion of Virtual Reality clouds my mind. But this definition I found online helped: “Virtual reality is an artificial environment that is created with software and presented to the user in such a way that the user suspends belief and accepts it as a real environment.” So did this, from a recent piece by Dave Leblanc in The Globe and Mail, “As futuristic as the headgear may appear and as complex the software producing the images may seem, the end result is two shifted images that, when combined together with lenses (or by crossing one’s eyes), place the viewer in a 3D-world.”

In a nutshell, Norm Li – the studio – creates renderings, animation and interactive experiences for the real-estate development and design industries. With strong architectural backgrounds and design sensibilities, the team provides visual clarity at all stages for a project – form schematic designs to marketing campaigns. Norm Li has provided imagery to many of country’s top commercial developers, architects and designers, and retail brands. It has amassed an impressive roster of clients, from Cadillac Fairview, EllisDon and Holt Renfrew to McDonald’s, Roots Canada and Virgin Mobile; from Diamond Schmitt Architects, KPMB Architects and Perkins+Will to II BY IV Design, Quadrangle and Yabu Pushelberg.

In a nutshell, Norm Li – the man – is gifted with exquisite timing.

Canadian Interiors: How did you get started in the field?

Norm Li: I attended the University of Waterloo for Architecture, but decided along the way that I didn’t want to practise – I quit four months before graduating. I wound up creating renderings for a firm, then worked for five years on my own. These were the days of the artistic renaissance of building in Toronto and also early days for the resurgence of rendering. I did a tremendous amount of work for big firms. In 2005, I hired my first employee as I wasn’t getting any sleep.

NL: I have a staff of 35. The studio is now the biggest outfit of its kind in Canada.

CI: When did Virtual Reality become a large component of what you do?

NL: We’ve been dealing with Virtual Reality on and off for five years, but it has really taken off over the last six months. Now it’s more viable and no longer prohibitively expensive. What every designer wants is Quick, Good and Cheap. We show our clients that VR is very accessible and easy to use. It costs less than $1,000 to get started. Our system is built so you don’t need goggles: you can view on screen or on a smartphone. 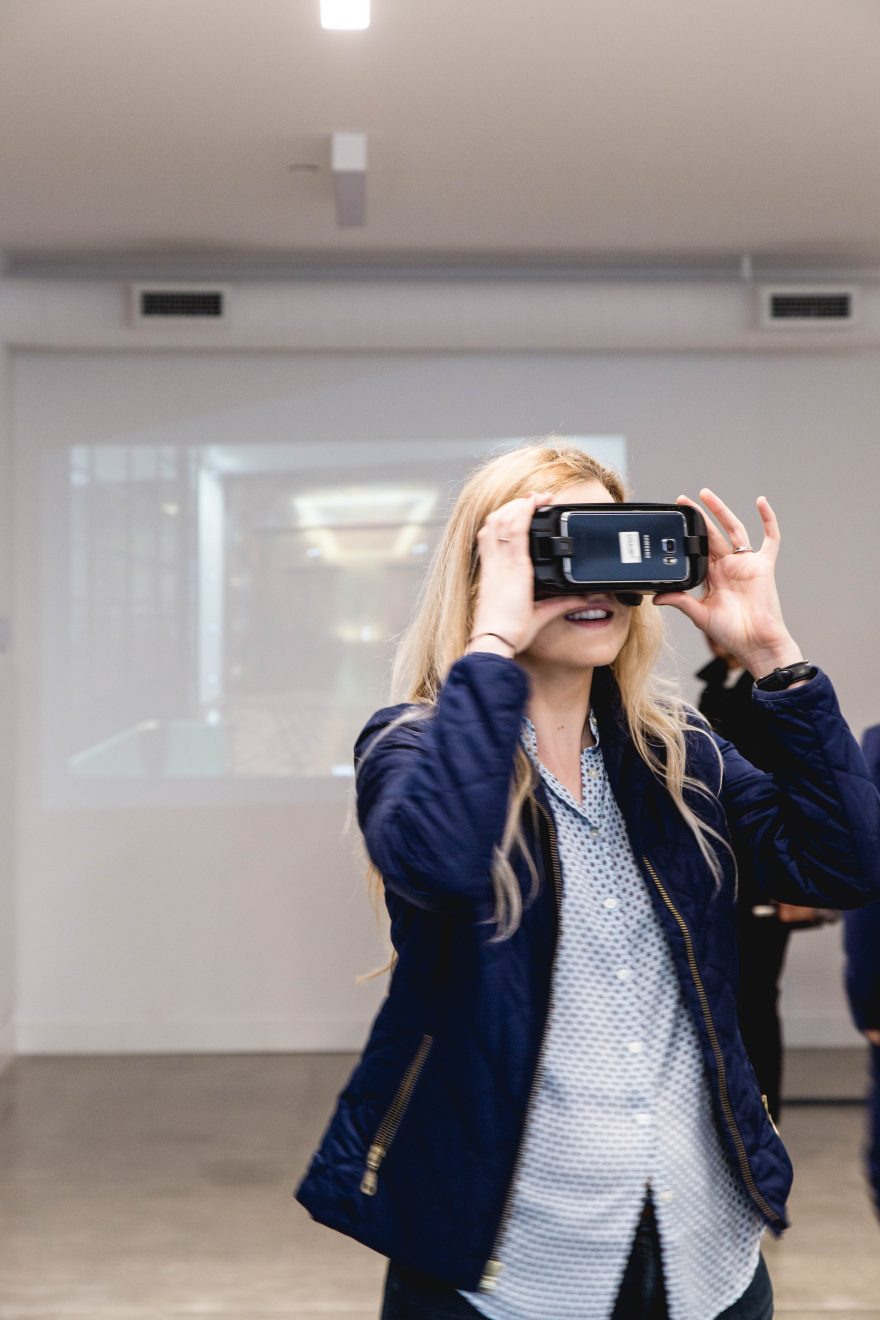 CI: How does VR differ from rendering?

NL: We still do the rendering, then translate it to VR. You can commission VR as easily as you can a rendering. We don’t want people to have to jump through hoops to get here. For a long time, most VR players came from gaming or coding backgrounds, but a gaming-based approach doesn’t work with architecture and design. We take a design-based approach, extending what we’ve always done.

CI: Do you find there’s some panic in the industry to get on board with VR?

NL: No, not really. But there definitely is a sense with clients of not wanting to miss the boat.

CI: Things are moving faster and faster with technology.

NL: Yes. Current VR will have a life of 24 months; then a new iteration will come along.

CI: What do you think of self-design apps?

NL: I don’t believe in apps any more. An app has to be really special. [He laughs] Of course, to view anything in 3D, you do need an app.

NL: I don’t think so. People have been predicting the demise of 2D – and print – for a long time now. The nice thing about what we do is that 2D rendering are put first. And the area of rending is a growing field: there were only four firms in Toronto when we started and now they’re everywhere. Of course, VR is on the rise for all of us. It’s coming: it’s going to be the thing.

CI: Will VR change the way architects and designers work?

NL: Completely. Think of it this way: architects and designers envision something in the mind, but the physical resolution of the thought – the actual building – can wind up being completely different. But with VR , the designer or architect is in the space, so there’s no excuse for not understanding the eventual result.

CI: How does Virtual Reality benefit the real-estate developer?

NL: It’s a huge benefit. Why spend a million and half on a presentation centre when you can – with VR – take your project right to the buyer? Or create a pop-up in an empty storefront? It’s all about mobility.

CI: What’s next for you and the studio?

NL: We’re about visual communication. We don’t want to limit ourselves.

But we’re happy to stay within what we know and to keep evolving.

At the end of the interview, Norm Li takes me on a tour of the open-concept office, which occupies an entire floor of a downtown Toronto building. We pass by screens full of incredibly detailed renderings, attended by relaxed yet industrious staff. I also get to peek into a room full of drives and wires and cables that makes me a little dizzy. 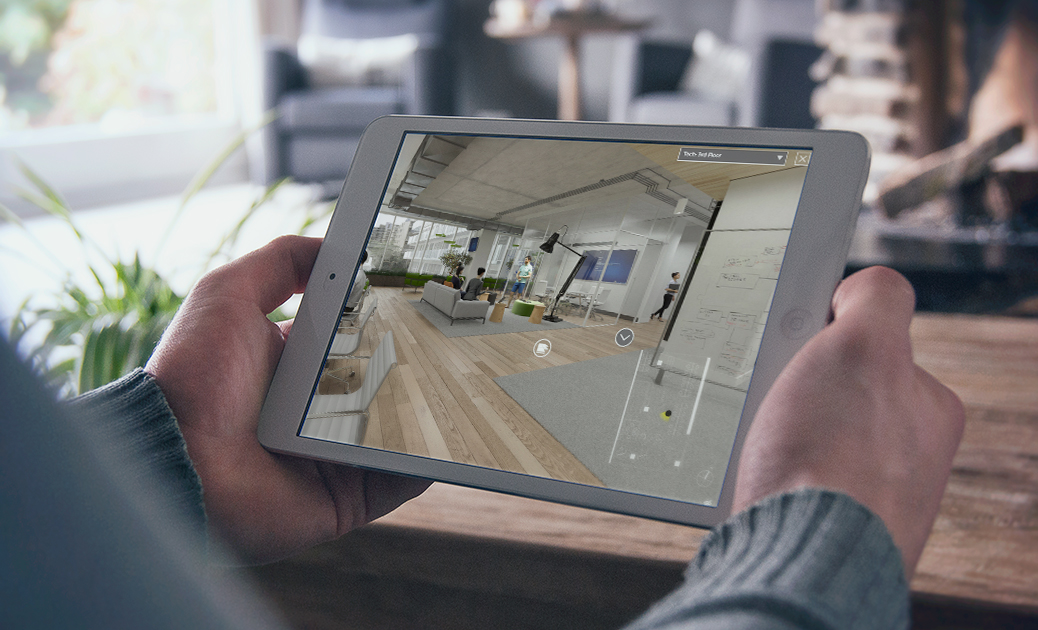 If you remember, I said at the beginning that Norm Li exudes serenity. He also passes it along to whomever he meets. By the time our time is over, I glide out of his office, into the elevator, and out of the building to the teeming corner of Dundas Street and University Avenue. For a moment, I can see everything around me – along with a Virtual Reality in my mind – with crystal clarity.